A$AP FERG and OverDoz – The Concert I Almost Died.

Yes, I almost did die at this concert.

Tickets were $32.50 for Ferg’s March concert. I decided to attend this show because of a what if… What if A$AP Ferg would bring A$AP Rocky? I also was a big fan of OverDoz, so why not. How did I almost die? A result of shoving by grown men. People always think they have the ability to somehow push themselves to the front from the very back; when they have those who showed up at 3 pm for a show that is taking place at eight.

The concert began as always with shoving and moshing, because that is a given at any hip-hop concert. Over time, the crowd gets impatient with the openers.  OverDoz. came out about ten. The Inglewood natives have a great crowd presence and are a group who is willing to crowd surf unannounced. Their setlist contained “Before We Go On”, “FSWSAD”, “Lauren London” and of course “Fuck Yo DJ” to name a few. While they closed their set, the crowd became more rowdy. Those standing in the middle were being pushed heavily forward against the fans at the railings. My friend and I became fed up so we left to the top. As we walk up to the stairs, I can already feel soreness and stiffness in my legs from trying to hold the shoving from getting to the front.

While at the top, we saw the source of the mosh pit — a group of eight in the back pushing each other for fun atmosphere. Ferg came out soon after. As the night went on, the crowd jumped more and there was a bit of a wave effect. The crowd became intense and mid-way through his set, A$AP Rocky comes. Rocky has such clear skin it’s amazing. This was the one and only show where I regret leaving the front. Ferg loves to include the crowd in his set and they do throw water into the crowd. Some of his set included Work, Shabba, Hood Pope, Fergsomnia, Murder Something and Let It Go. Ferg said our crowd was his best while on tour.

See both when you get the chance. 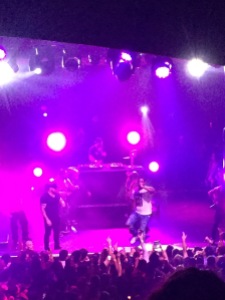 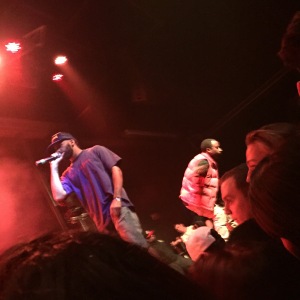 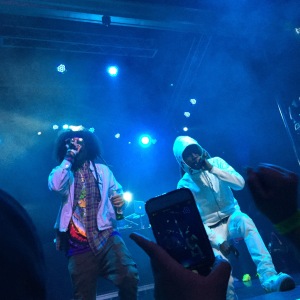