A Once In A Lifetime Show: Erykah Badu

It has always been a dream of mine to see Momma Badu live. I would have never thought she’d do a show at the Observatory. Let me just say, IT WAS SO COLD OUTSIDE and I was questioning if arriving early was really worth it. But anything for Erykah Badu is worth it.

But cut to the chase, the ambience upon entering the venue was so chill. A throwback and classic Hip-Hop playlist was bumping for a good two and a half hours. Anyone from Aaliyah, 112 to Pac, Biggie and ATCQ among more were played. You rarely heard any of today’s hip-hop, with the exception of Drake being played.  The crowd was a mix of young adults and older folks.

We were all ecstatic to experience Baduizm live and in the flesh. So about 9:30-10 she rolled up on stage —  welcomed by a live band, flashing lights and an intricate art  video playing on the big screen behind.. and of course loud, packed fanbase. It was the first Badu experience for a lot of us — she was amazed herself.

For the rest of the night, the crowd remained elated, singing along to “On & On” “Tyrone”, “20 ft. Tall”, “Love of My Life”, “Back In The Day” and “Soldier”.  The Badu goddess gave inspiring advice and  humor spiels. Her background vocalists were feeling themselves, dancing enthusiastically to “Time’s a Wastin”, “Call You Back” and “I Want You”.

Badu constantly restated how much she loved the crowd; later, taking art pieces and signed album covers for some lucky fans. Essentially, her set was a compilation of her discography. Surprisingly, “Trill Friends” and “Hello” were performed too. That was wild.

Sadly, “Window Seat”  wasn’t performed. But the experience was truly priceless. Honestly, I was so focused on basking in her glory and the witnessing a once in a lifetime moment.. that I really did not document the show. 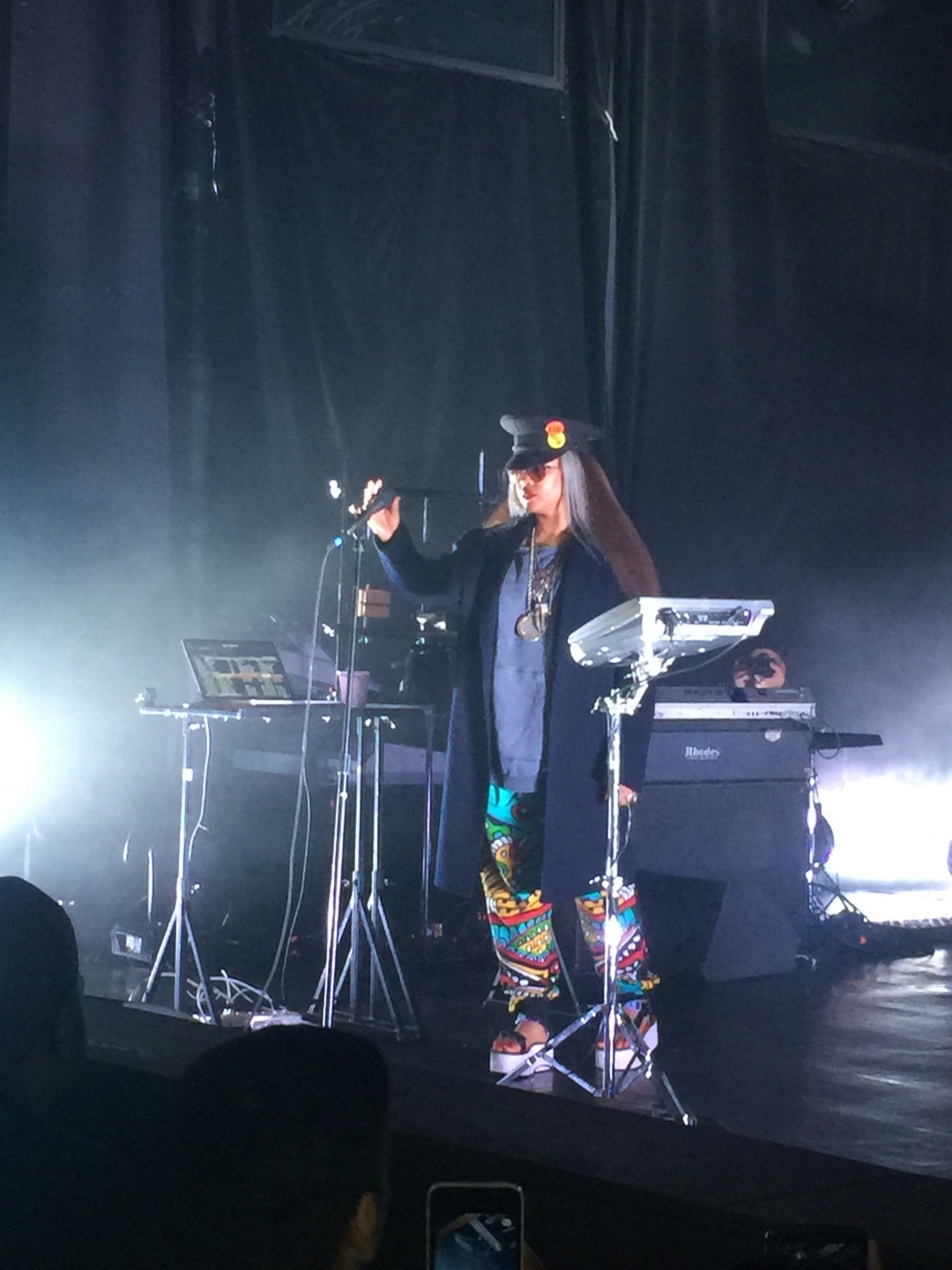 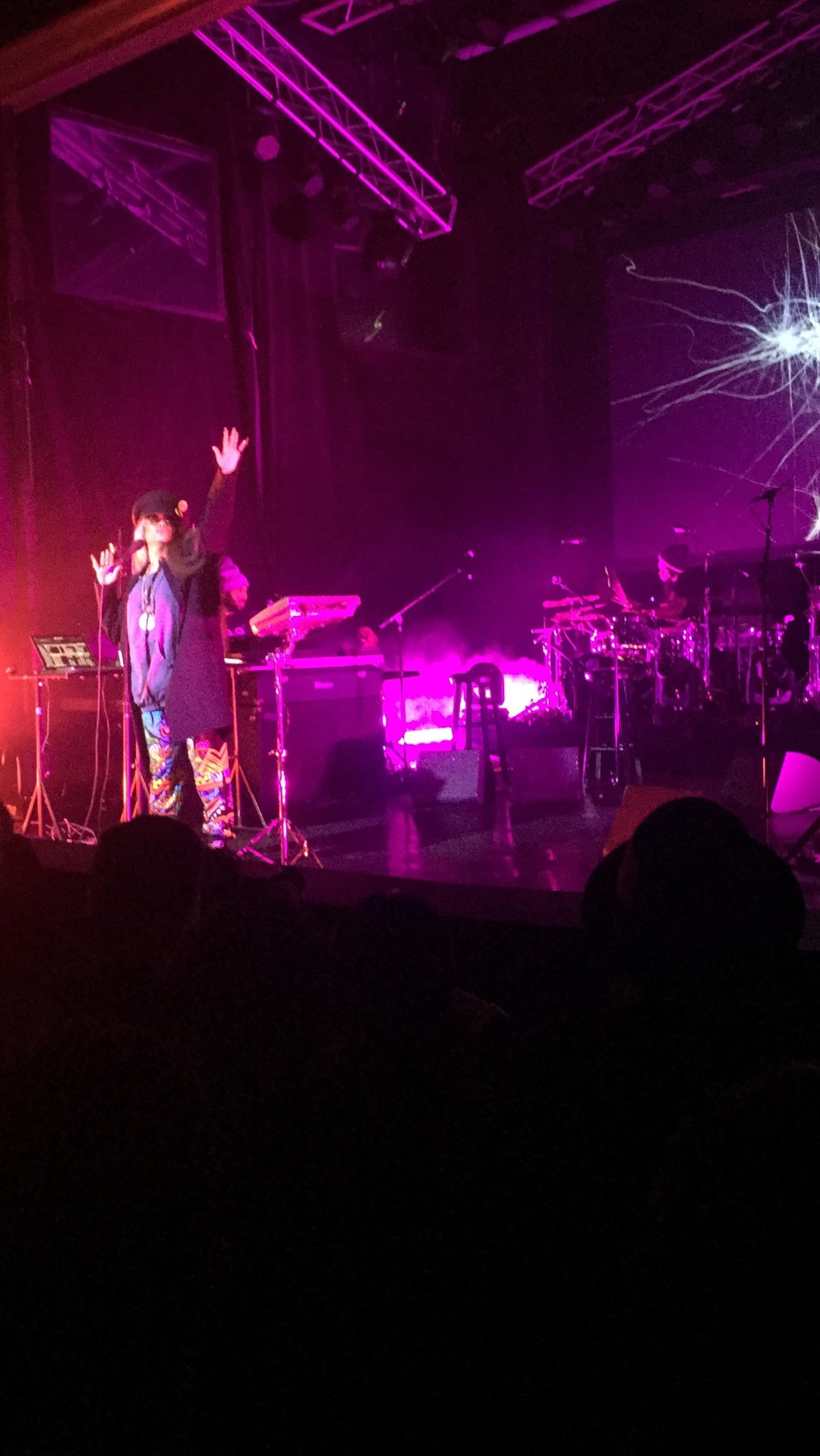 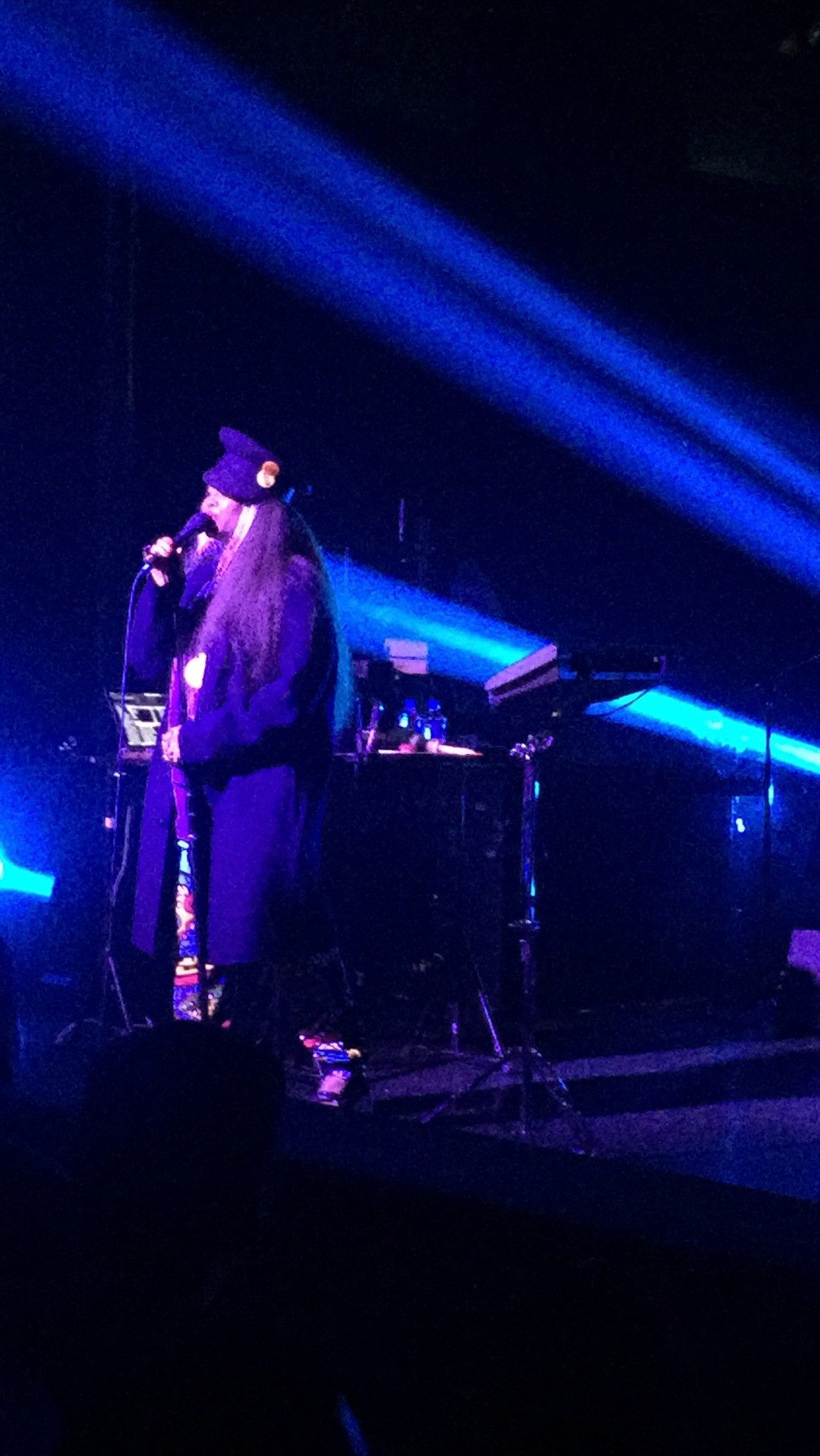 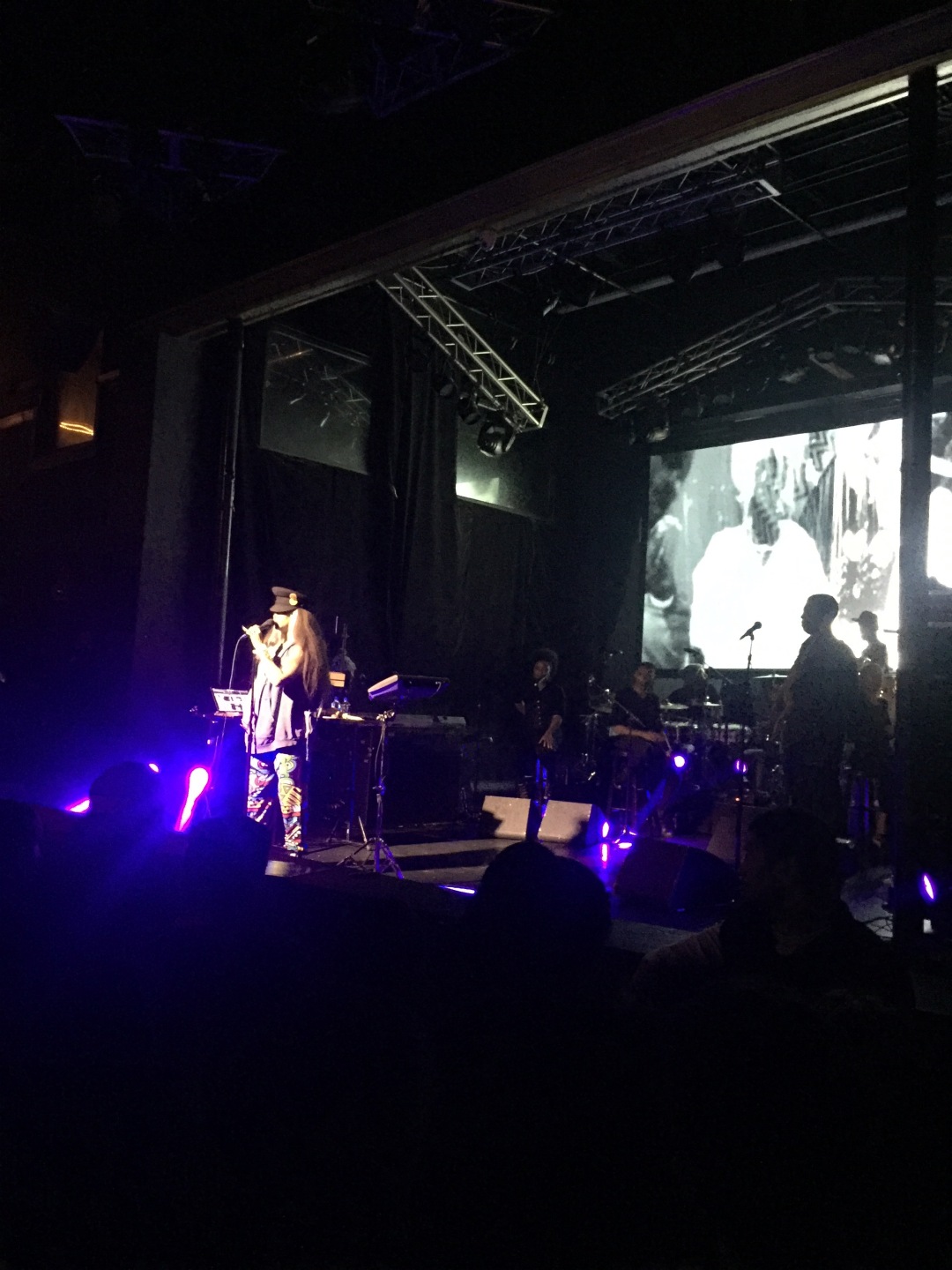